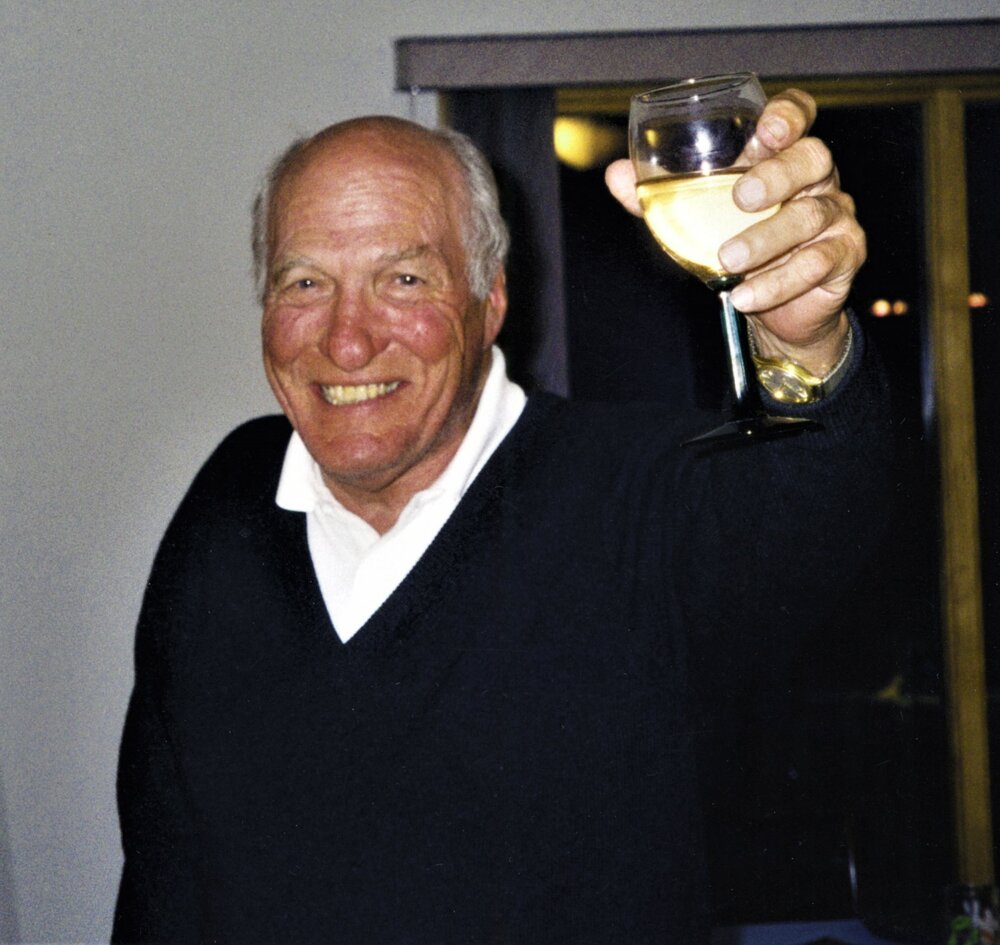 Please share a memory of David to include in a keepsake book for family and friends.
View Tribute Book

Dave was fiercely proud of his prairie roots in Prince Albert, Saskatchewan. His Father, William, was an engineer for CPR, his mother, Annie Parks, a high school math and English teacher. Though by his late teens Dave had lost both parents, they had instilled in him a strong moral character, a sense of fairness and justice, and the importance of community. They also gave him a passion for learning, a keen sense of competitiveness, a determination to overcome any obstacles, and a zest for life which he never lost.

Despite having polio as an infant, Dave went on to excel in athletics and education - Governor General’s Medal, student newspaper and student council at U of S, Bachelor of Arts degree, U of S, 1951 and his law degree, Class of ’56 from U of A. Dave was appointed to the Provincial Court in 1984. He was appreciated for his fairness and compassion for those who appeared before him. He sat as a judge until his retirement at 75 but remained “the Judge” for the rest of his life.

Stettler was perfect for the family lifestyle Dave and Vange wanted. They moved from Edmonton with five children and an additional two were born in Stettler completing the family. Dave and Vange became woven into the fabric of the town and led a busy social and community life. There were many service, sports, and social clubs and associations Dave was active in. Community groups included Kinsmen, K-40, Heartland Youth Centre; social groups and sports activities included tennis, badminton, bridge, curling, and supporting seven children in their various endeavours.

Waskesiu Lake figures prominently in the MacNaughtons’ family life. The “Lake” was the family’s summer community and home. Dave and Vange created a legacy of community and friendship in Waskesiu that is treasured to this day.

Dave moved from the Farm after Vange’s passing, eventually holding court at Paragon where residents and staff became yet another community.  Dad found a home at Paragon where he was nurtured and nourished every day by exceptional staff.  In 2021, a series of health crises led to a need for additional assisted living and Dave found it at Points West Red Deer.  The incredibly kind and caring nurses, aides and staff preserved Dad’s comfort, happiness and dignity during his stay there.

Donations in memory of David are gratefully accepted to the Heartland Youth Centre, the Salvation Army, Mustard Seed or Charity of Choice

Share Your Memory of
David
Upload Your Memory View All Memories
Be the first to upload a memory!
Share A Memory