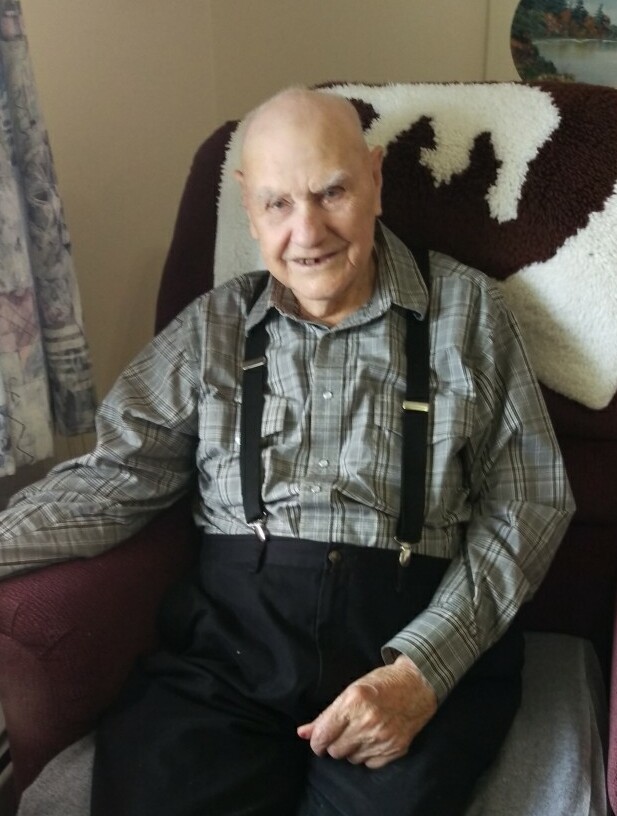 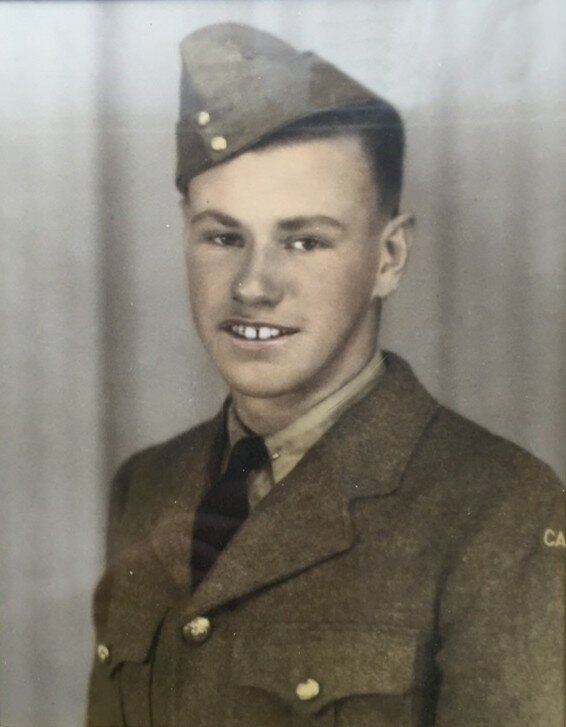 Please share a memory of Bruce to include in a keepsake book for family and friends.
View Tribute Book

In loving memory of our father Bruce Hocken, who died peacefully at the senior’s lodge in Castor, Alberta at the age of 97 years.

Bruce was raised on a farm west of Innisfail where he helped with the chores and then so young, went off to war, and like all Veterans, returned a true hero.  After his return, he went back to farming and worked hard until he retired and moved into Innisfail with his wife Dorothy.

Bruce suffered the loss of his beloved wife Dorothy and later, his beautiful granddaughter Cherri but carried on his life as the charming gentleman he was.  He will be laid to rest beside Dorothy in the Field of Honour Cemetery in Innisfail.

Bruce will be sadly missed by his loving family, children: Gordon Hocken (Lynda Summers) of Rimbey, Terry Hocken of Penhold, Steven (Kathy) Hocken of Bowden, Nora Hocken (Bob Gonda) of Halkirk, Beverly (Barry) McKay of Stettler; numerous grandchildren, great grandchildren, other relatives and many dear friends, as well as his Willow Creek family and friends from Stettler Hospital & Care Centre and Our Lady of the Rosary Hospital, Castor.

In lieu of flowers and in honour of Bruce’s service, please donate to the Royal Canadian Legion of your choice.

Share Your Memory of
Bruce
Upload Your Memory View All Memories
Be the first to upload a memory!
Share A Memory