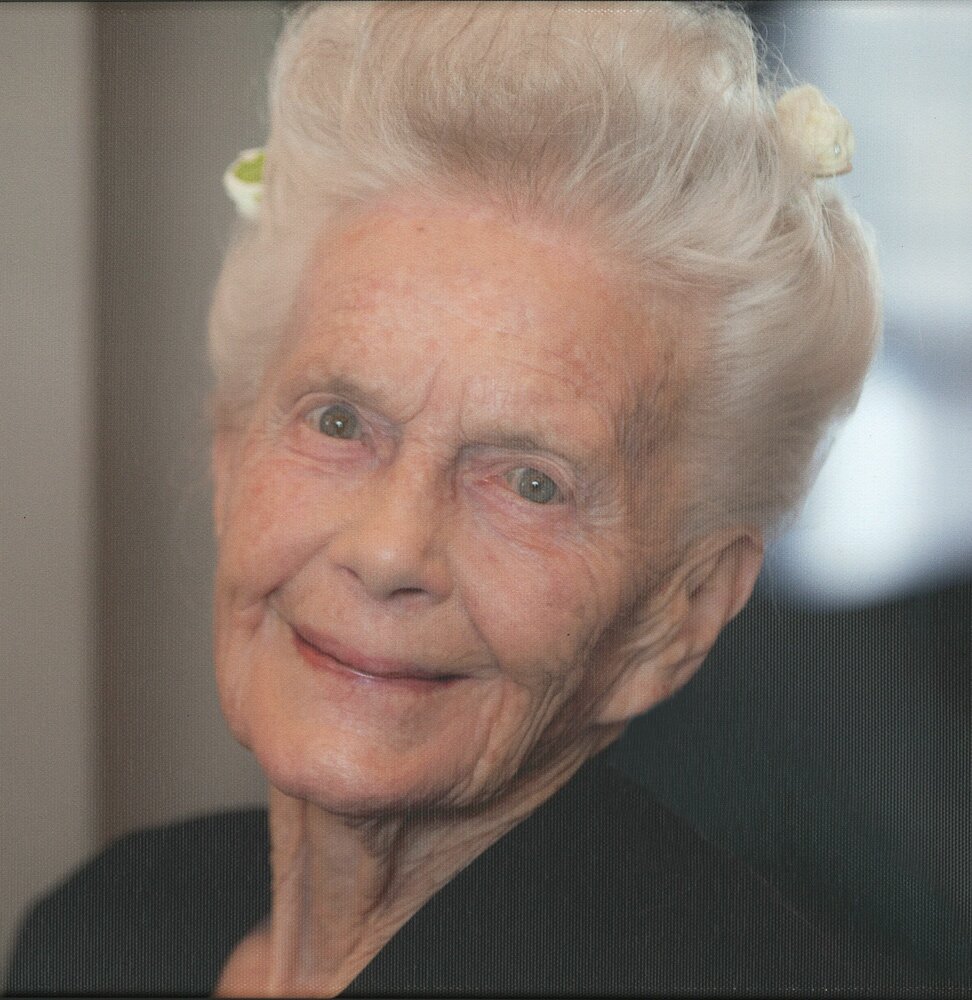 Please share a memory of Eileen to include in a keepsake book for family and friends.
View Tribute Book

Eileen was born on July 26th 1923 at Mannville, Alberta to Harry and May Shannon, the second of four children.  Eileen passed away at 3:00 A.M. on December 17th 2022 with family by her side.

She had a happy childhood growing up with lots of love, on a farm south of Mannville.  Her siblings were Kathleen, her older sister, and her two younger brothers Jim and Jack.  She grew up in a Godly home, and at the age of 14 she made her choice to serve God.  She was true to that choice her whole life.  Her main focus in life was to serve God.

On February 10th 1950, in Vernon, BC, she married Fred Websdale, who adored her 58 years until his passing in 2008.  On April 5th 1955, they were blessed with two beautiful twin daughters, Patti and Peggy.  They moved to Craigmyle, Alberta in 1954.  In 1964, they moved to a farm in the Stettler area.  They had many happy years there entertaining friends and family with lots of love.  In 1978, they sold the farm and retired to Stettler.  In 1994, they moved to Lacombe until Fred’s passing.  After Fred passed away Eileen moved to Stettler in 2009.

Eileen moved to Willow Creek Lodge in Stettler for 9 years.  At Willow Creek, she had great care and enjoyed an organic garden grown for the seniors there.  When Eileen got frailer she moved in 2018 to a beautiful, caring facility called Heritage House in Stettler.  In Heritage House she was treated and loved like family.

The funeral service will be recorded and placed on the Stettler Funeral Home website.

Donations in Eileen’s memory are gratefully accepted to SHSF – Heritage House or a charity of the donor’s choice.

Share Your Memory of
Eileen
Upload Your Memory View All Memories
Be the first to upload a memory!
Share A Memory