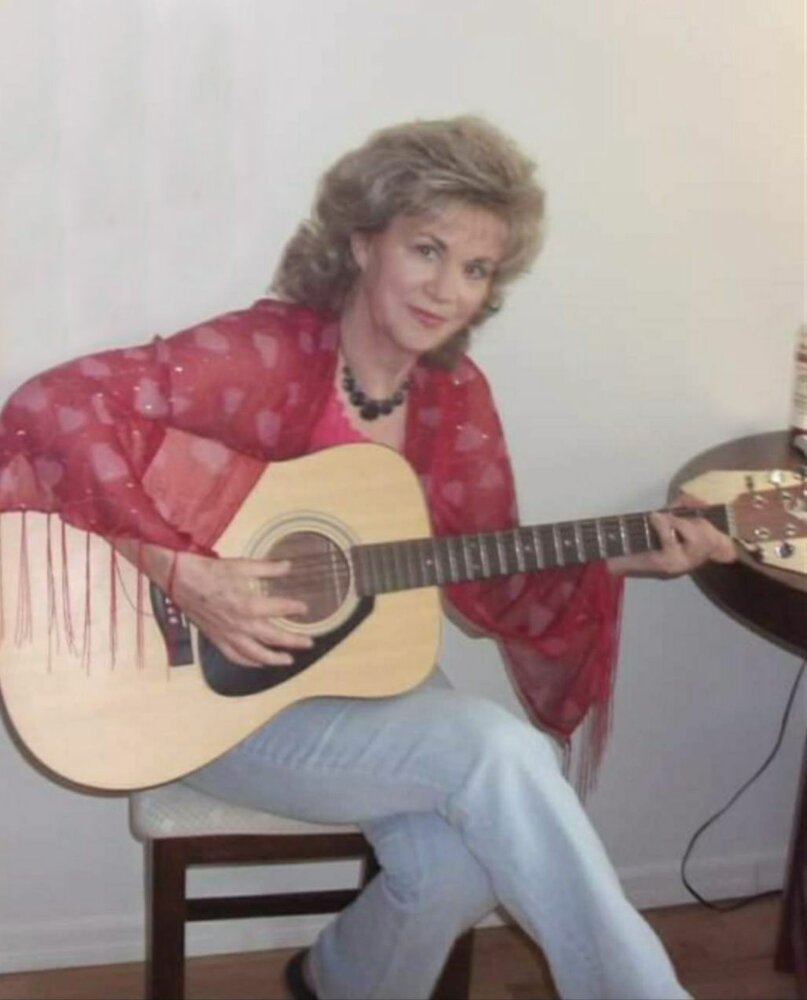 Please share a memory of Susan to include in a keepsake book for family and friends.
View Tribute Book

Heaven has gained another beautiful voice for their choir.  Susan Theresa (nee Aylward) Watts, 80, passed away peacefully on Friday, December 02, 2022 in Stettler, Alberta with her daughters Janice and Bonnie at her side.  Born in Skinner’s Pond, PEI, Sue was the third of eleven children of Charlie and Mildred (Murphy) Aylward.  Sue was very musical and loved to sing and play guitar.  She had a performance on the CBC television show Countrytime in the early 70s.  She was lead singer in the band Midstream in PEI and sang in her church choir.  Brian and his wife Betty Anne helped Sue realize a lifelong dream in recent years by co-writing, producing, and recording her original songs whenever she visited Ontario.  Her music lives on through the digital platforms of Spotify and YouTube and others.  She was a very devout Christian who studied the bible daily.  Sue and Ralph were carefree souls who loved life and shared many laughs throughout their long and happy marriage.  Ralph loved to drive and Sue loved to go anywhere with him.  She loved babies and was nanny to several children, and in her and Ralph’s semi-retirement they were caretakers at a church and several condos.  Although both were born in PEI, they lived much of their lives in Nova Scotia and Alberta.  Ralph and Sue were blessed with much support from Bonnie and Vince in their last few years.

Sue’s family would like to express their heart-felt thanks to the staff at Pioneer Place and Alix Crescent Cottages in Points West in Stettler, in addition to Dr. Chapman and the nursing staff at Stettler Hospital in Alberta.

Memorial to take place in PEI at a later date.

Share Your Memory of
Susan
Upload Your Memory View All Memories
Be the first to upload a memory!
Share A Memory