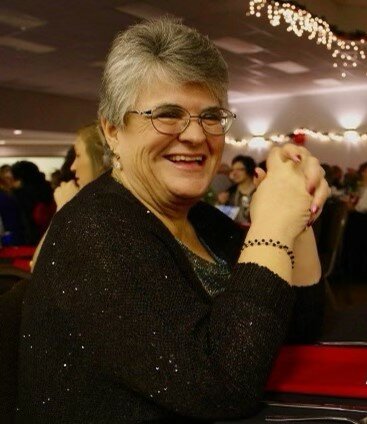 Please share a memory of Karen to include in a keepsake book for family and friends.
View Tribute Book

Karen was born in Stettler, Alberta to Louise and Chris Fischer, completing their family.  Karen enjoyed spending time with friends and at the family gatherings.  She spent her summers camping, following the Lou’s Crew ballgames and travelling throughout the years.  Karen loved animals, especially her beloved feline friends.  Karen was employed by the Stettler Independent for 45 years where she was very dedicated and respected by her colleagues.

Karen was predeceased by her parents Louise and Chris Fischer and sister-in-law Dianne Fischer.

A funeral service for the late Karen Fischer will be held on Friday, December 16, 2022 at 2:00 P.M. at the St. Peter Lutheran Church, Stettler, Alberta.  Donations in memory of Karen will be gratefully accepted to S.T.A.RS. or to a charity of the donors choosing.

Share Your Memory of
Karen
Upload Your Memory View All Memories
Be the first to upload a memory!
Share A Memory