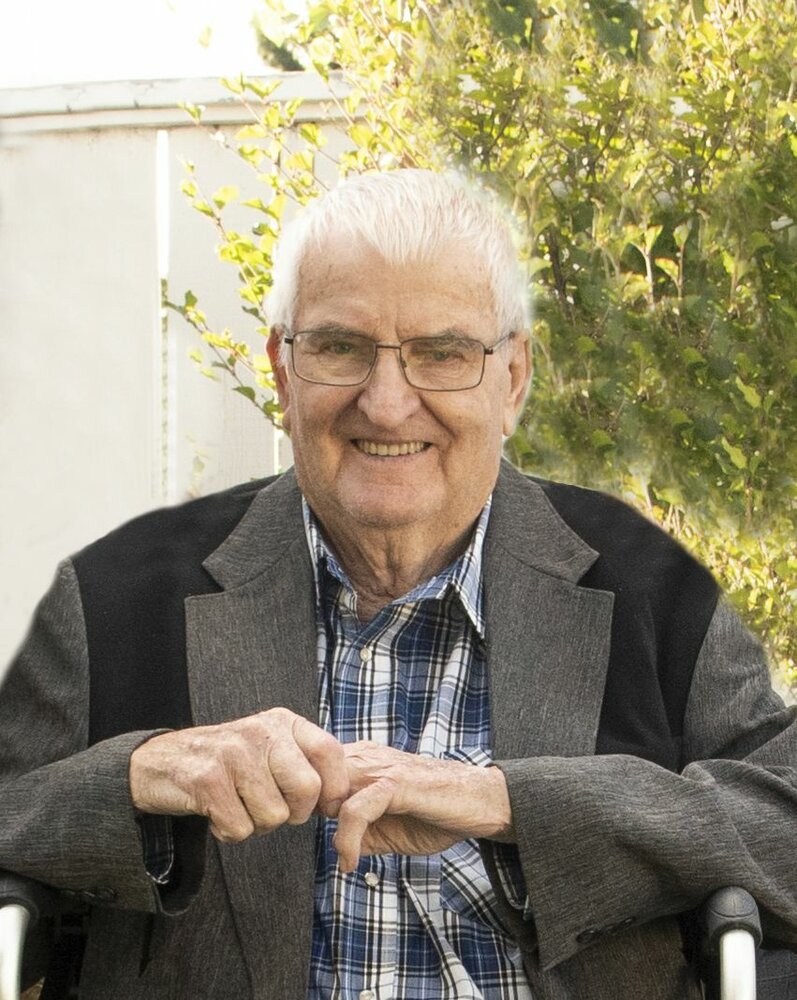 Early years were spent with 4-H Grain & Forage and Beef Clubs and the Hardisty Gymkana Club.  He started working with Mel Lamb hauling gravel and continued with brother Reg for Barnes Trucking.

Bob was always active with the community at Brownfield and Coronation; the Brownfield Hall Board, Brownfield Curling Club, Burma Park, Coronation Fair and Coronation Rodeo.  Many winters were spent snowmobiling with friends and neighbors, playing cards and traveling.  His passion was the love of his Belgian horses, attending parades, sleigh and wagon rides for family and friends.

Bob and Doreen lived on the farm at Brownfield until moving to Tees, Alberta in 1985.  They enjoyed the Tees Community with the Pacers and Tees Rodeo.  While at Tees Bob started trucking again by hauling many bales.

They settled into Stettler after selling the farm in 2013 and moved to Willow Creek Lodge in 2019.

The family would like to thank all the staff at Red Deer ICU, Stettler Hospital and Willow Creek Lodge for all of their care and compassion.

A come and go social will be held in remebrance of Bob Barnes on Saturday, April 16, 2022 from 2-4 P.M. at the Stettler Community Hall, Stettler, Alberta.  Donations in memory are gratefully accepted to S.T.A.R.S. or a charity of the donor’s choice.