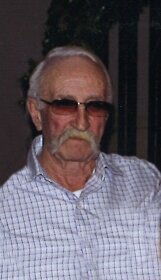 Graveside Service 2:00 PM with Social and Luncheon to follow at Stettler Funeral Home at 2:30 PM

Please share a memory of Doyle to include in a keepsake book for family and friends.
View Tribute Book

Doyle was born to parents Gordon and Irene in 1946 and raised on a farm in the Byemoor area.  After leaving the farm, Doyle began working seismic which took him around the western provinces.  He was working in the Moose Jaw area when he met Wendy.

After they were married, they moved to Calgary to begin their life together.  This would bring them a son on September 25, 1974, he was given the name of his father and was the light of their lives.  They did some traveling, making many memories together as a family.  “Little Doyle” would continue to bring his parents joy and Doyle was so so proud of him.  In later years Doyle was a dozer operator and worked in Calgary and other parts of Alberta.  Doyle was known for his knack of being “Mr. Fix It” give him something to fix and he would be able to figure it out.

Anyone that knows Doyle, knew he had some colourful language and sense of humour.  Always sharing a joke or two, whether in the coffee shop or passing you on the Street.

Doyle will be lovingly remembered and missed by his loving wife of 54 years Wendy; brother Marvin Grover (Sheila); brother in law Jim Williams and his children Tammy Smith and Rayden Williams; brother in law Al Usher and his children Rob (Tori) and their children Tianna and Mayson; Christie (Andrew) Arsenault and their children Mykayla and Caydan; Richard’s girls Kim and Chris Grover; numerous friends and family.  Doyle is predeceased by his parents Irene (Reeves) and Gordon; his son Doyle; brother Richard Grover; parents in law Pearl and Harry Williams; sister in law Dawn Usher.

Donations in memory of Doyle are gratefully accepted to the

Share Your Memory of
Doyle
Upload Your Memory View All Memories
Be the first to upload a memory!
Share A Memory