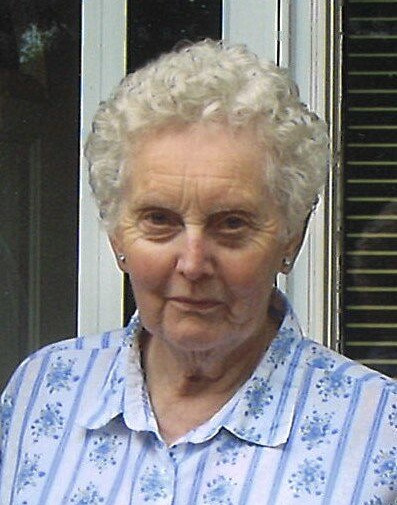 Obituary of Shirley May Spencer

Please share a memory of Shirley to include in a keepsake book for family and friends.
View Tribute Book

Shirley May Spencer of Stettler, Alberta, passed away peacefully on March 11, 2022 at the age of 86 years.

Shirley, born on March 27, 1935 in Toronto, Ontario.  Went to Earl Grey High School in Toronto.  After doing some travelling, she moved to Alberta in 1958 and lived in Calgary with Bernice, Mike and Nora where a lot of fun times were had.  On May 21, 1966 she married Jim Spencer and moved to Stettler.  She worked at Johnson Connor Insurance.  She worked timelessly for St. George’s Anglican Church, organized, and delivered meals on wheels for many years as well as helping anyone who was in need.  She loved her rose garden on the acreage.

Shirley is survived by her husband Jim of 55 years; nephews:  Greg (Erin) Lawson and their daughter Breanna, Steven Spencer and Gregg Spencer; nieces:  Shelly Krausewitz (Bernie) and her children Kurt and Lorie Anne, Tracy (Chris) Ricketts and their children Spencer and Adam; god daughter Suzanne (JL) Nolen; special cousin Bernice Wilson and family; as well as numerous other family and many dear friends.

Memorial Donations may be made to St. George's Anglican Church or to the Canadian Cancer Society.

Share Your Memory of
Shirley
Upload Your Memory View All Memories
Be the first to upload a memory!
Share A Memory