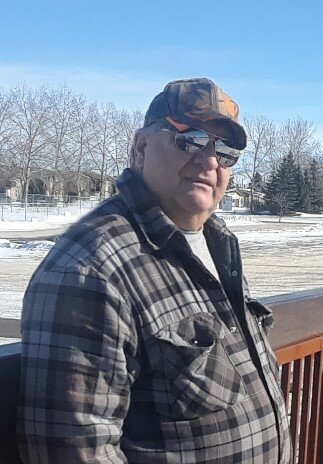 Please share a memory of Bob to include in a keepsake book for family and friends.
View Tribute Book

It is with great sadness that we announce the passing of our father and grandfather, Robert John Grubisic at the Stettler Hospital and Care Center, on January 5, 2022 at the age of 71.

Bob was born in Kimberley BC on Sept 20, 1950, to loving parents Rosa and Dusty Grubisic.  The youngest of three children by quite a few years, he was commonly referred to as the baby of the family, which he definitely would use to his advantage.

Bob had a great childhood growing up in Kimberley, surrounded by a big extended family and great friends that he cherished dearly.

After school Bob followed in his fathers’ footsteps and went to work for Cominco at the Sullivan Mine in Kimberley, where he worked for 33 years. In 1972 he got married and had two children, Christopher and Denise, whom he would eventually follow to Alberta when he retired.

Settling in Big Valley, AB gave Bob the ability to take on his favourite role of all, Grandpa. He spent as much time as he could with his grandkids. Showing up to every birthday and special occasion ready to take pictures.

Bob loved the outdoors. He passed on this love to his kids, doing as much hunting, fishing and camping as they could. He was also a big lover of animals. Donating regularly to the SPCA.

Memorial Donations may be made to Wasa Lions Club, Box 10, Wasa, British Columba, BC V0B 2K0

Share Your Memory of
Bob
Upload Your Memory View All Memories
Be the first to upload a memory!
Share A Memory