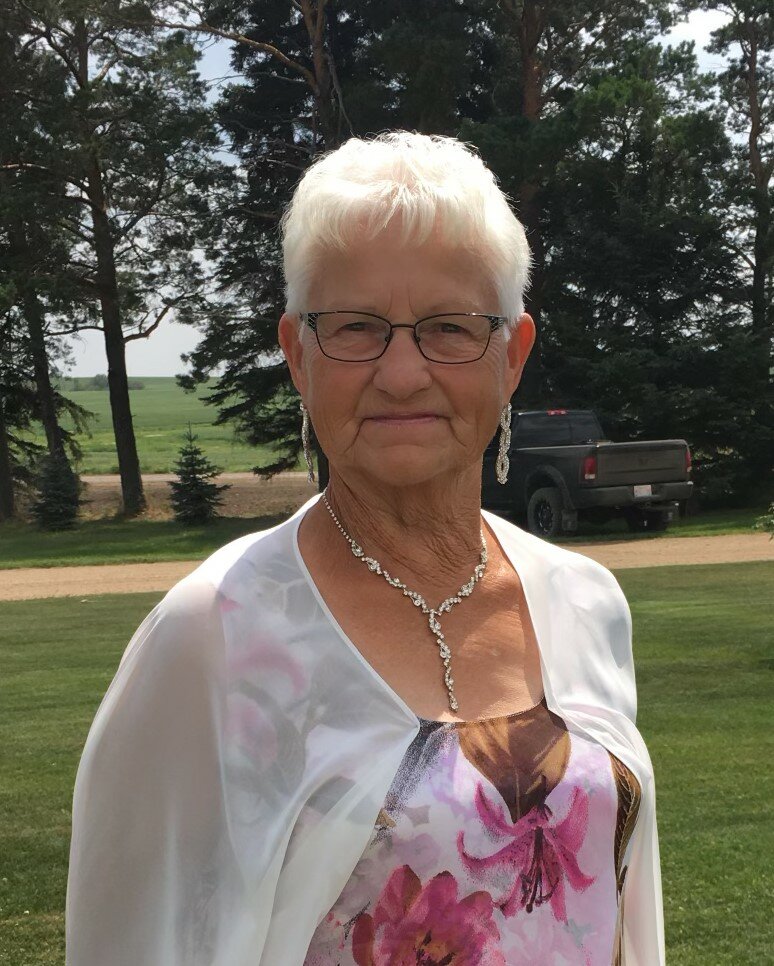 Funeral Service will be held from the Consort Sportex.

Please share a memory of Edith to include in a keepsake book for family and friends.
View Tribute Book

Edith Emmett beloved wife, mother, grandmother and great grandmother of Consort, AB passed away December 27,2021 peacefully at the age of 80 years, while in the Red Deer hospital ,with her husband and children by her side.

Edith was born on October 18, 1941, at the home of John and Monica Beier in Altario.  She had five brothers and two sisters; she was the second child. She attended school in Altario, until grade nine then she started work, babysitting, and doing housework. Edith then moved to Consort and worked for the AGT telegraph office. She also worked at the Consort Hotel Cafe where she met her husband Wray in 1960. They were married on June 26, 1965, and had three children Charlotte, Rick and Rhonda.

She then stayed home to raise her family until they were all in school. She returned to work at the Royal Bank for about 2 years then off to the Alberta liquor store. In order for her to work there, she was required to write a test which she passed with flying colors because she had the answers written on her hand. She also worked at the UFA farm supply and lastly, she found her passion working in the greenhouse. In 1980 they built their home where they raised their family and still reside.

Edith was a great cook and took great pride in her garden and yard. Her motto was " the more flowers, the better".  She was a bingo enthusiast and loved playing cards at the Gem Centre with her friends, she also enjoyed camping at the Ponoka Stampede where they went for many years, they even celebrated their 50th wedding anniversary there.

Edith loved to spend time with her grandchildren and great grandchildren, she went from wrapping them tight in a blanket and rocking them to being their biggest fan in the stands whether it was barrel racing, hockey, volleyball, dancing, or dirt biking. They were all special and dear to her heart.

She also had the opportunity to travel to Mexico twice and the Dominican once. She was in awe of the trees, flowers, water, and sand, and was especially impressed by how well we were treated by staff at the resorts. Edith and Wray also jumped in the motorhome and followed the kids to Penticton to watch the girls dance and have a holiday, she also enjoyed numerous fishing trips.

Edith was kind and caring and will be deeply missed by all that knew her.  " On angels wings you were taken away, but in our hearts you will always stay."

Memorial Donations may be made to the Gem Centre (Consort).

Share Your Memory of
Edith
Upload Your Memory View All Memories
Be the first to upload a memory!
Share A Memory