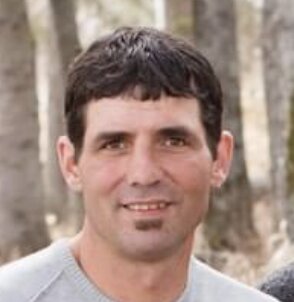 Please share a memory of Cory to include in a keepsake book for family and friends.
View Tribute Book

It is with great sadness that the family of Cory Brown, of Castor, Alberta, announce his passing on December 19, 2021, at the age of 51 years.

Cory was the youngest of six children born to Albert and Kay Brown. Most of his childhood was spent living on the family farm north of Castor and later moving into town where he graduated High School.

Cory remained in the Castor area where he devoted many hours to farming  and gardening, as well as working at a variety of occupations.

Cory became a father to three beautiful children who were his most valued treasures in life. Being a father was the pride of his life and the love for his children could always be seen by the proud grin he wore.

Cory’s memory will live on in his mother Kay Brown; his children Payton, Liam, and Sadie; granddaughter Kinsley; brothers Raymond and Bill (Tracey); sisters Deborah (Ken), Cathy (Fred) and Angela (Ernie); all his nieces and nephews; mother to his children Danielle Nelson; in-laws Bonnie and Darrell, and many extended family and friends.

Waiting for him in heaven are his father Albert; daughter Olivia; grandparents and many relatives and friends.

Due to COVID restrictions the family will hold a private service.

The family would like to thank the community for their outpouring of support during these sorrowful times.

Donations in Cory’s memory will be gratefully accepted to a trust account held at the ATB Financial Bank in Castor for Cory’s children: Payton, Liam and Sadie or to a charity of your choice.

Share Your Memory of
Cory
Upload Your Memory View All Memories
Be the first to upload a memory!
Share A Memory