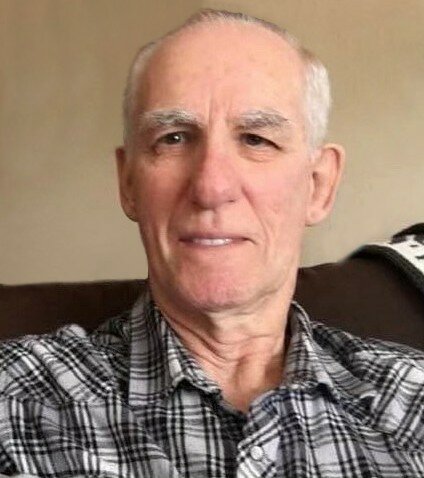 On December 15, 2021, Frank (retired Alpha milkman of 48 years) passed away peacefully at the Red Deer Hospital.

Frank’s love of sports was at the forefront of everything he did.  He was a die-hard Flames, Stampeders and Blue Jays fan.  In his younger years he played senior hockey for the Imperials and Trojans, he also loved to pitch fastball and played slow-pitch with his kids.  His love for golf started late in life but was a true passion where he enjoyed playing a round with his boys and grandkids.  He spent countless hours at the arena and on the ball diamond coaching his kids in hockey and ball for many years.  He also loved watching his grandkids in the many sports they played.

Outside of working for Alpha Milk he also had many other work interests; painting, landlord, key cutting, skate sharpening and liked to work on the side helping his brother Lyle in construction.  He also took great pride in keeping his house, yard and vehicle in immaculate condition.

Frank’s quick wit, sarcasm and sense of humour will be greatly missed by all.

A private celebration of Frank’s life will be held on Thursday, December 30, 2021 at 1:00 P.M. at the Stettler Funeral Home, Stettler, Alberta. The funeral service will be webcast and may be viewed by visiting the Stettler Funeral Home website and clicking on Frank’s obituary and then the webcast link on the left side of your screen.  Following the funeral service Frank’s family invites you to the Town Pump (restriction exemptions will apply) to share memories and stories in honour of his life.  Donations in memory of Frank are gratefully accepted to the Parkinson Association of Alberta, 11209-86 St NW Edmonton, AB T5B 3H7 or #120, 6835 Railway ST SE Calgary, AB T2H 2V6 or to The Lending Cupboard, #1-7803-50 Ave Red Deer, AB T4P 1M8.