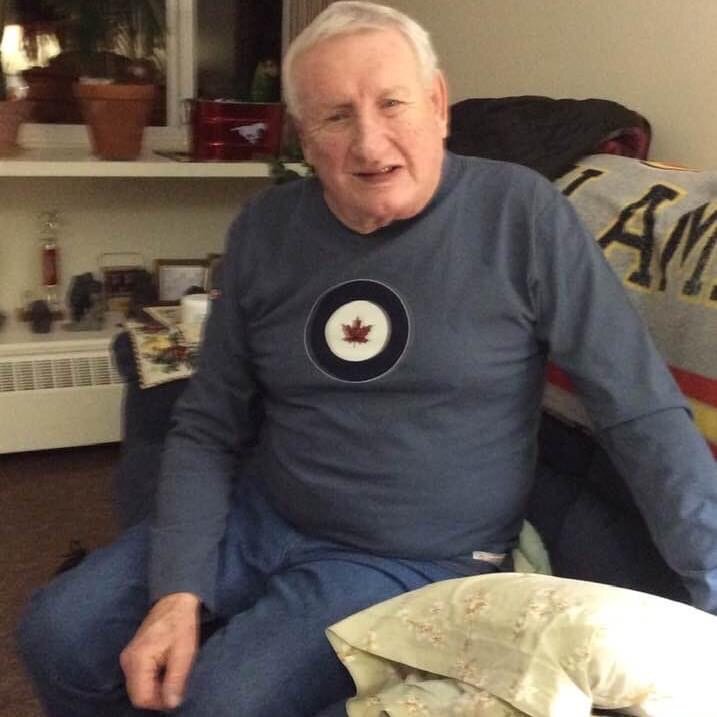 No funeral services will be held at this time

Please share a memory of William to include in a keepsake book for family and friends.
View Tribute Book

Bill loved life and lived it to the fullest.  A willing and eager learner he loved a challenge and always engaged with enthusiasm and tenacity whether it was as an outrider in the Calgary Stampede, golf, flag football or the simple pleasures in life such as cooking or gardening.

While Bill loved to learn, he enjoyed and excelled at sharing his knowledge and experiences.  There is no greater example than his time at Waverly School in Stettler.  Using his Air Force Survival Training Mr. Bill imparted that knowledge on staff and students alike and included a demonstration of eating earthworms.

His favourite pastimes included playing crib with Georgina at home and across Canada in tournaments.  He was also a pretty good bowler having won a tournament some years ago in Fort McMurray.  An outdoor enthusiast, Bill hunted, fished, and served as a ground search leader and search and rescue spotter while in the Air Force.  He was a voracious reader who particularly enjoyed reading about Canada’s military, politics, and Alberta and Canadian history.

A devoted and community minded sports fan Bill played, coached and managed adult and youth hockey and ball teams.  He also served on a Credit Union Board of Directors, the Elks, and had been a Legion member for many years.

As a passionate Calgary Flames and Stampeder supporter, Bill took great joy in celebrating in person the Stampeder’s Grey Cup win in Edmonton in 2018.

Bill’s trademark smile and ease of laughing will be missed as will his remarkable ability to tell a story or reminisce about a life much loved and well lived.

Cremation has taken place and in accordance with Bill’s wishes there will be no funeral.

Share Your Memory of
William
Upload Your Memory View All Memories
Be the first to upload a memory!
Share A Memory