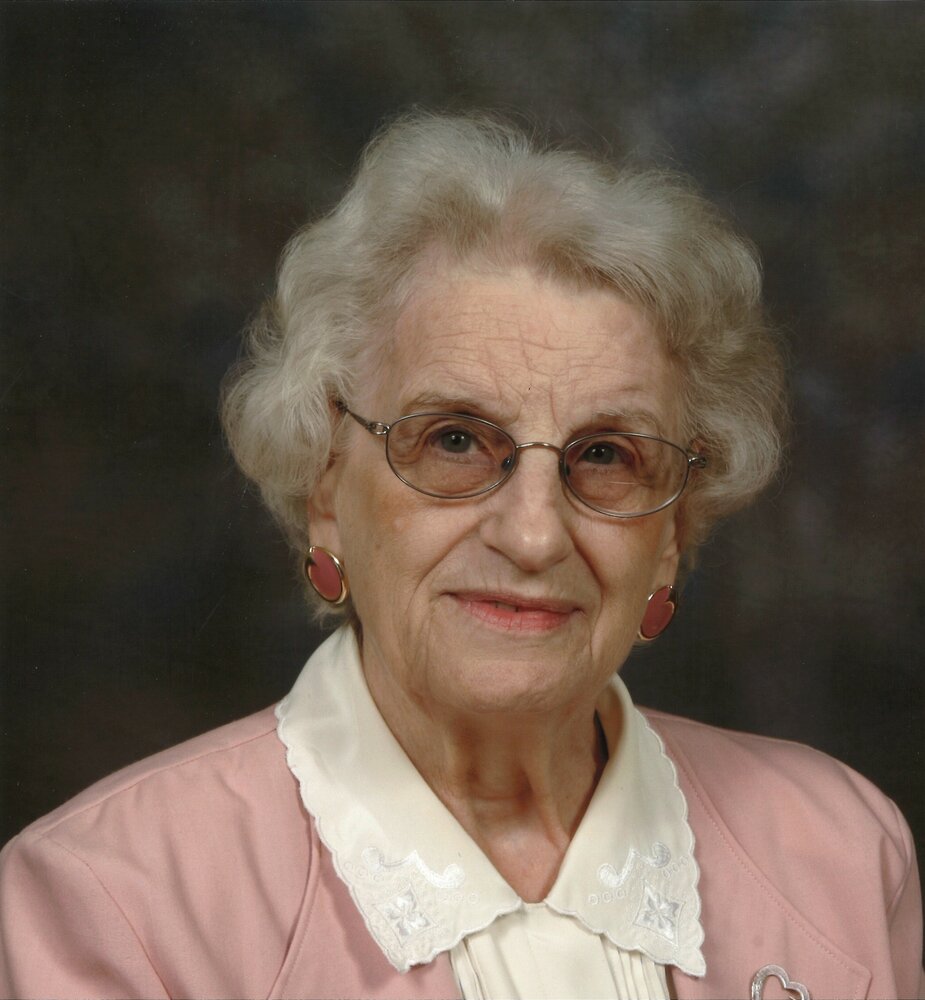 Please share a memory of Barb to include in a keepsake book for family and friends.
View Tribute Book

Barbara Smith (Dye) was born in Central Alberta in 1930. She was the third child of Lynn and Helen Dye. She grew up on a family farm in the Byemoor area and loved telling stories from her idyllic childhood her whole life. She went to school in Byemoor (Leo) and later in Stettler. After she finished high school she worked at various jobs including postal clerk, telephone operator and for a few summers worked at a resort beside Sunwapta Falls where she grew to love nature and the wild animals who lived in it.

In 1951 she married Eric Smith, from the Botha area, and to this union were added 4 sons and a daughter. She stayed home and raised her family until they were all in school and then found employment with the Stettler Independent Newspaper.  There she worked for 25 years in the bindery, where she eventually became supervisor. In 1980,  she lost her husband, Eric, to cancer.

For many years, she was an active member of the United Church, including work with the UCW preparing and serving meals for various functions and social gatherings there.

She and Eric were enthusiastic members of the Stettler ‘Rockateers’, (rock and gem club), and the Buffalo Lake Naturalist Club and Barbara was past president of both organizations.

She liked to travel and for many years she and Eric took the family on the road with a big Plymouth car and travel trailer, invariably ending up in Banff or Jasper national parks or further west in BC to visit her two sisters. In later years she went on tours to Mexico, and different states in the USA.

She loved music, especially Don Messer, and dancing and even in her later years her foot would take up tapping to a lively tune on the tv or radio.

Barbara is survived by her sons Randy, Gerry, Stuart (wife, Jonell), daughter, Karen and daughter-in-law Debbie. Her other son, Duane predeceased her earlier this year. She has four grandchildren, Durrell and Drew Smith (Duane) and Lyndon and Keira Hartley (Karen). She is also survived by her sister, Margaret Turner, of Burnaby, BC.

Her family plans to hold a celebration of life in her honor in 2022. Donations may be sent to Animal Haven Rescue League on her behalf.

Share Your Memory of
Barb
Upload Your Memory View All Memories
Be the first to upload a memory!
Share A Memory