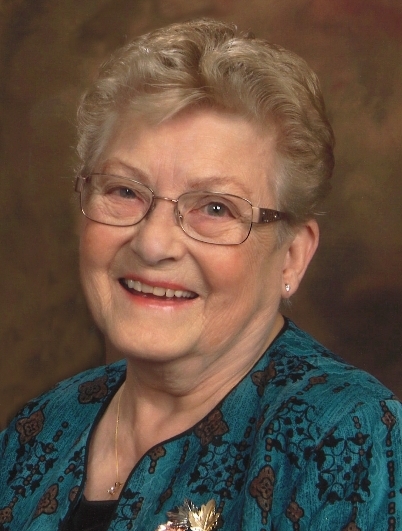 We are saddened to announce the death of Darlene Vivian Thomas (August 11, 1936 – October 26, 2021).  She leaves to mourn her loving husband of 67 years, Lee Thomas (sweethearts since their early teens).  Also mourning her are her daughters, Cheryl Thomas and Cindy Jarmolicz; grandchildren Ian and Megan Blaney (Rob Veldhuizen), Justin Jarmolicz (Sherry) and Jason Jarmolicz (Melissa), Kristin Stahlberg (Mark) and her mother Kathy Thomas, Andy Thomas (Kamille) and her beloved great grandchildren Braeden, Nolan, Bowin, Austin and Baylee; and her great great granddaughter Adelyn Stahlberg.  Darlene was the oldest of eight children of George and Lena Howell.  She is survived by her siblings, Frank, Carolyn, Deanna, Rick, Randy, Len and their spouses.  She is pre-deceased by her parents, her son, Steven Thomas and her brother, Meredith.  Over the years, she thoroughly enjoyed family reunions with the large Howell crew.

Darlene spent her life being a pillar of support for her husband Lee during their university years and throughout his practice as a veterinarian.  She followed him from the homestead at Milestone to Guelph for 5 years at OVC, then to Watson for the first year of practice, then Stettler for 26 years, the north Shuswap for 28 years and then finally to Lacombe where she spent her last few years.  She was always grateful for the support of their Lacombe neighbours, especially Donna and Terry.  Lee and Darlene also enjoyed several winters in Mesa and had adventures in Mexico, Hawaii, Europe and New Zealand.  There also were many horseback trips in the mountains with friends that built wonderful memories.

While in Stettler, she was an active Kinette and organized the Stettler Music Festival for several years. In the days before computers, there were walls of paper to get the schedule organized.

Mom was a very talented seamstress, cross stitch, crochet and knitter and we all have the fruits of her labours in our homes.  All births were commemorated with a special cross stitch announcement.  She taught her daughters and grandchildren how to cook, clean, sew and knit. Home Ec classes were wasted on us as we already knew how to do everything.

Special memories for all the grandchildren happened at Grandma Camp every summer in the Shuswap.  She was the general and all the kids had their list of chores and rewards  which included lots of playtime outside: forts built, defended, and decorated; board games on rainy days; movie nights with treats; and, of course, lots of lake time.  Grandma Camp not only included all her own grandchildren, but all the strata grandkids too – the Gibsons, Grimbels, McClarys and the Heywoods. All the grandchildren planted a fruit tree and there was a rush to get the fruit before the bears. Family get-togethers always include lots of funny stories about those wonderful summers.

She was well-loved and she will be missed dearly.  The family would like to thank all the caring nurses in Emergency and Ward 32 at Red Deer Regional Hospital.

In lieu of flowers, donations can be made in Darlene's memory to the Heart and Stroke Foundation or the Canadian Diabetes Association.

A Funeral Service will be held at a later date.

Share Your Memory of
Darlene
Upload Your Memory View All Memories
Be the first to upload a memory!
Share A Memory