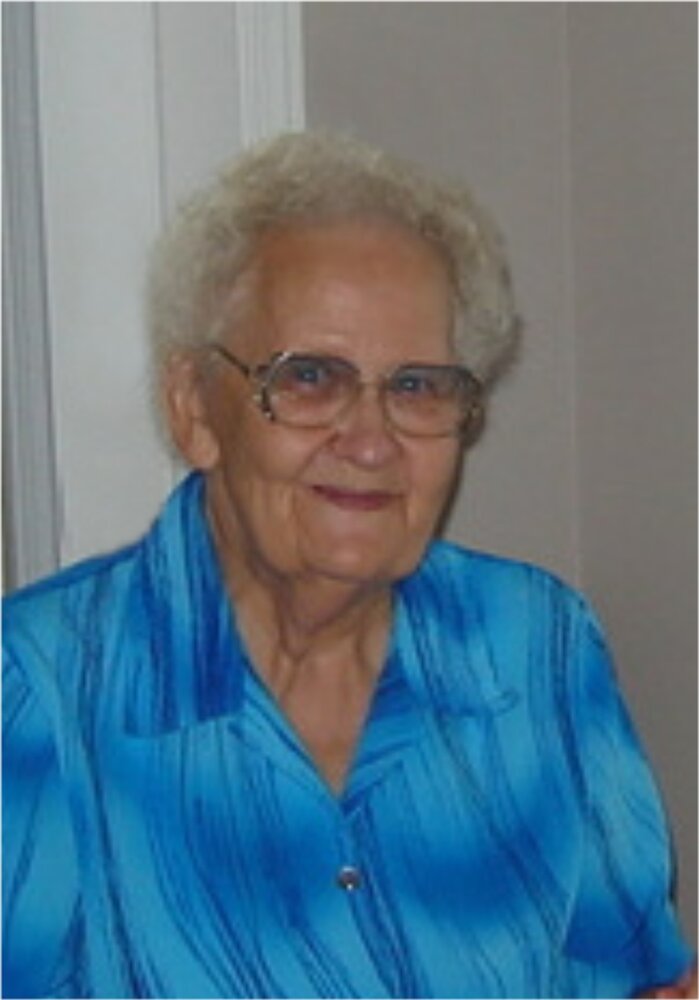 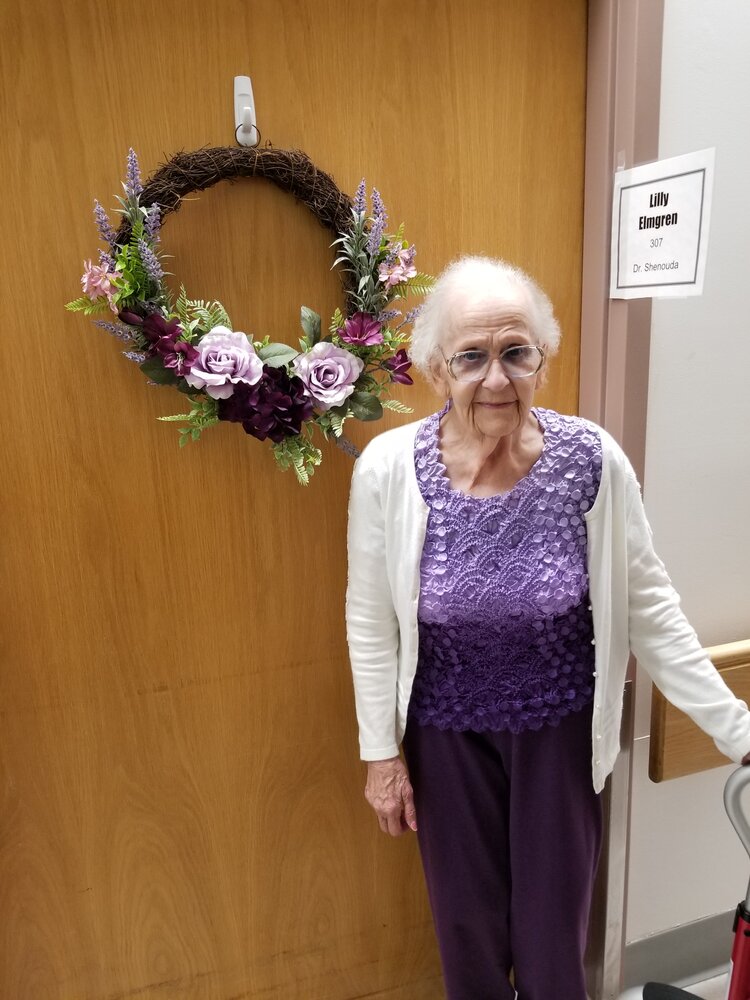 Lilly Irene Elmgren was born April 22, 1929, in Tompkins, Saskatchewan to Carl and Klara Honsvall.  She was the 6th of 7 children born into this hard working early pioneer family. She was raised on the family farm at Tompkins and went to school in the same rural community until she was 15. At this time, she moved to the city of Calgary where she found employment at the Foothills Hospital doing laundry.  One day her sister Ruth and her boyfriend, Lawrence McMillan, invited Lilly to go with them to the Calgary Stampede and it just so happened that Lawrence had brought with him this handsome young farmer named Bruce Marion Elmgren. She said often that this handsome young man was mistaken quite often for the popular movie star, Bing Crosby. This young couple carried on a long distance romance via “snail mail” and Lilly kept those special letters until the end.

Bruce and Lilly were married October 16, 1949 and settled into farm life on their homestead in the Scotsguard, Saskatchewan area. There they raised their four children until Bruce’s poor health forced them to move to Shaunavon, Saskatchewan where the kids attended school. Lilly continued to live there even after the sudden passing of Bruce in the spring of 1977.

Lilly enjoyed staying in her own home and loved to garden, crochet, knit and visit with friends and family.  Poor health eventually made it necessary to move to Edmonton where she lived with Eldon and Valli for awhile and then eventually she moved into the Long Term Care Facility in Coronation to be closer to her daughter Rita and her husband Barry. Lilly passed away October 21, 2021, at the age of 92 at this same Care Facility in Coronation, AB.

Lilly loved children and thoroughly enjoyed being around the little ones whenever they came to visit. She will be sadly missed and forever remembered by her family.

Funeral Service will be held at the Stettler Funeral Home, Stettler, AB on Wednesday, October 27th , 2021 with the Interment following at Memory Gardens Cemetery, Swift Current, SK.  Memorial donations in memory of Lilly may be made to the Sandra Schmirler Foundation, 18 Burndale, Road, Ottawa, Ontario K1B 3L5.  Condolences may be sent to the family, please visit www.parkviewfuneralchapels.com.  Parkview Funeral Chapels & Crematorium entrusted with the care and funeral arrangements 403-578-3777.

Share Your Memory of
Lilly
Upload Your Memory View All Memories
Be the first to upload a memory!
Share A Memory