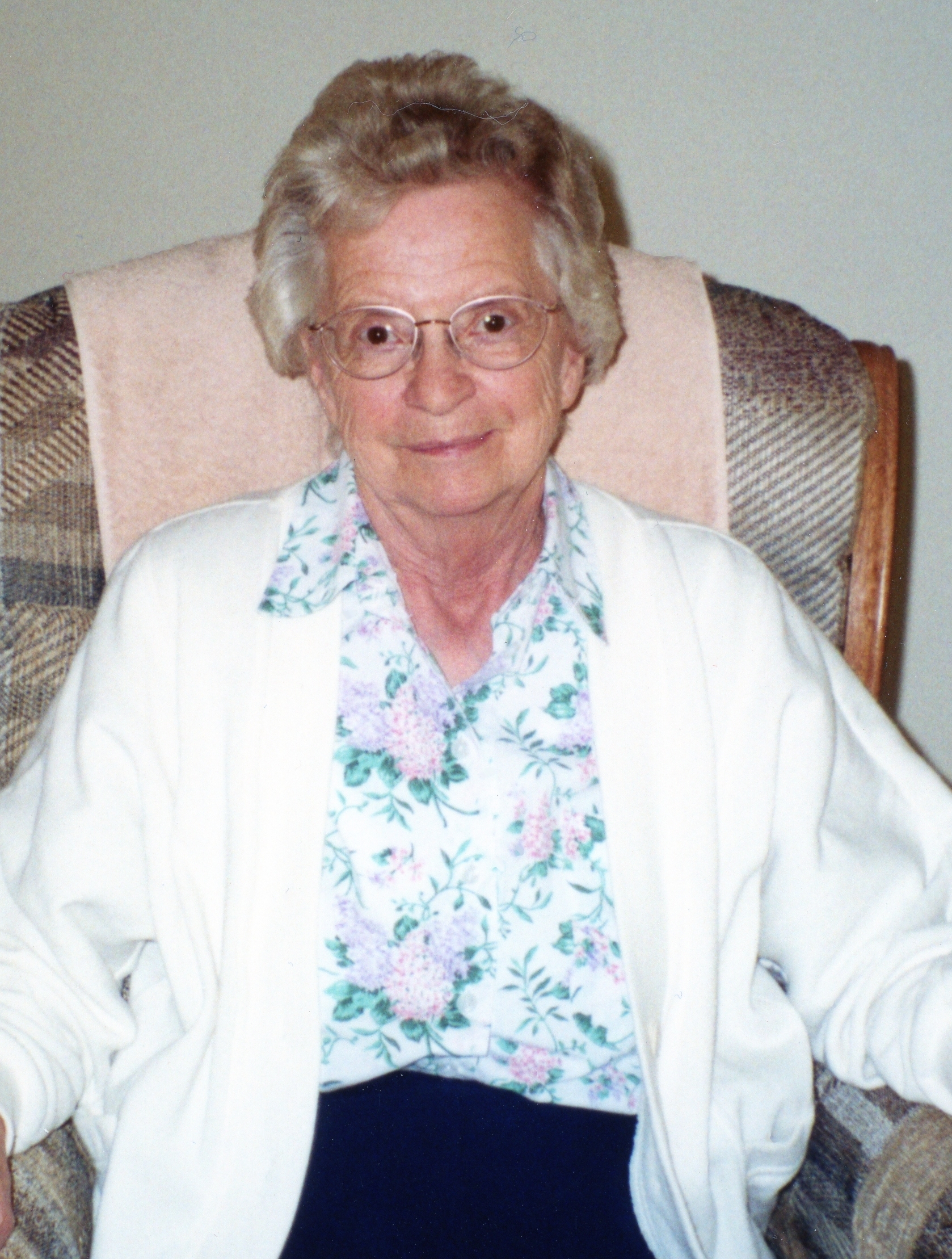 Katherine (Kathy) Hill of Castor, Alberta passed away peacefully at Our Lady of the Rosary Hospital in Castor on October 18, 2021 at the age of 90 years.

Kathy was born to Jim and Jane Findlay at home in Alliance, Alberta on October 24, 1930 and grew up in the Alliance area.

After attending school in Alliance, Kathy worked at Spady Brothers Store and the Bank of Montreal, both in Alliance.

Kathy moved to Lacombe and spent many happy years there and then in her later years she moved to the Paintearth Lodge in Castor to be near her family.  She lived out her remaining years being helped by her grandson Daniel.

A private funeral service will be held to honour Kathy's life.

Share Your Memory of
Katherine (Kathy)
Upload Your Memory View All Memories
Be the first to upload a memory!
Share A Memory