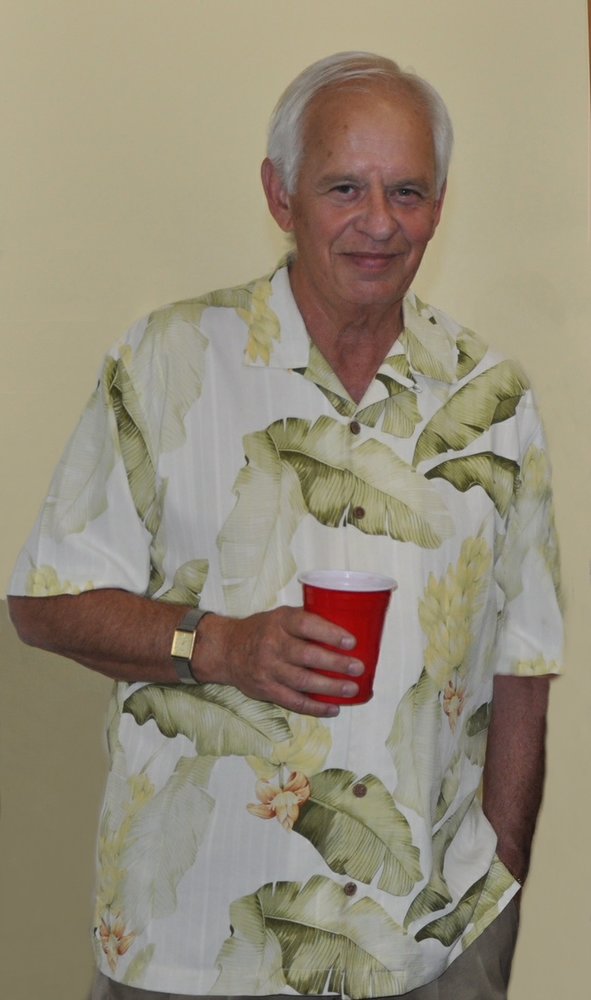 With overwhelming sadness the family of James Thomas (Jim) Costigan announces his passing on the evening of August 5 at the Stettler Health Centre.

Jim was born in Radway, Alberta on February 28, 1943.  He was entrusted to Francis (Frank) Thomas and Ella Blanche Costigan of Stettler, through adoption, to cherish and love as their first child.  He lived most of his life in the Stettler area except for a brief period where he attended schools in Edmonton and Regina.  Jim often talked about how his summers working in Banff, staying with his Aunt Mary and Uncle Pat, were the best of times and he truly cherished those memories.

In 1965, he married the love of his life, Alana nee Milne and they were fortunate to add to their love two daughters, Mary Elizabeth in 1970, and Margaret Ann, in 1972.  Dad loved a lot about his life in Stettler, especially his wife and family.  He loved to hang out with his grandson, Stephen, on the days he would come to work at the video store with his mom.  He remained close to his brother, Art, especially when they had their businesses beside each other on Main Street.

Dad enjoyed playing golf and loved his golfing trips with “the boys” to the US.  Jim and Alana moved out to Buffalo Lake and lived in the Summer Village of White Sands for 25 years before returning to Stettler in 2018.  While living at White Sands, Jim and Alana enjoyed socializing with the many residents who regularly came to play cards on Tuesday nights.

Many people will remember that Jim owned a few businesses in Stettler over the years. Initially buying his father’s tire business with business partner, Jim Leslie, in 1972.  He eventually went solo and transitioned to selling appliances.  He added video rentals before starting a new business, Jim’s Video, which he would run for many years with his daughter Mary.  In 2017, with the home video rental industry giving way to online streaming services he closed his remaining store on Main Street in Stettler and retired.

Jim attended Christ King Catholic Church and enjoyed the many friends he met through his attendance at Mass.  He especially enjoyed the opportunities to connect with others when attending coffee after Mass.

Jim was predeceased by his parents Ella and Frank Costigan, and his biological siblings.

A “come and go” social to remember Jim will be held on Friday, August 13, 2021 from 2:00-4:00 P.M. at Stettler Funeral Home, Stettler, Alberta.  In lieu of flowers, donations in memory of Jim are gratefully accepted to Stettler Health Services Foundation or a charity of the donor’s choice.