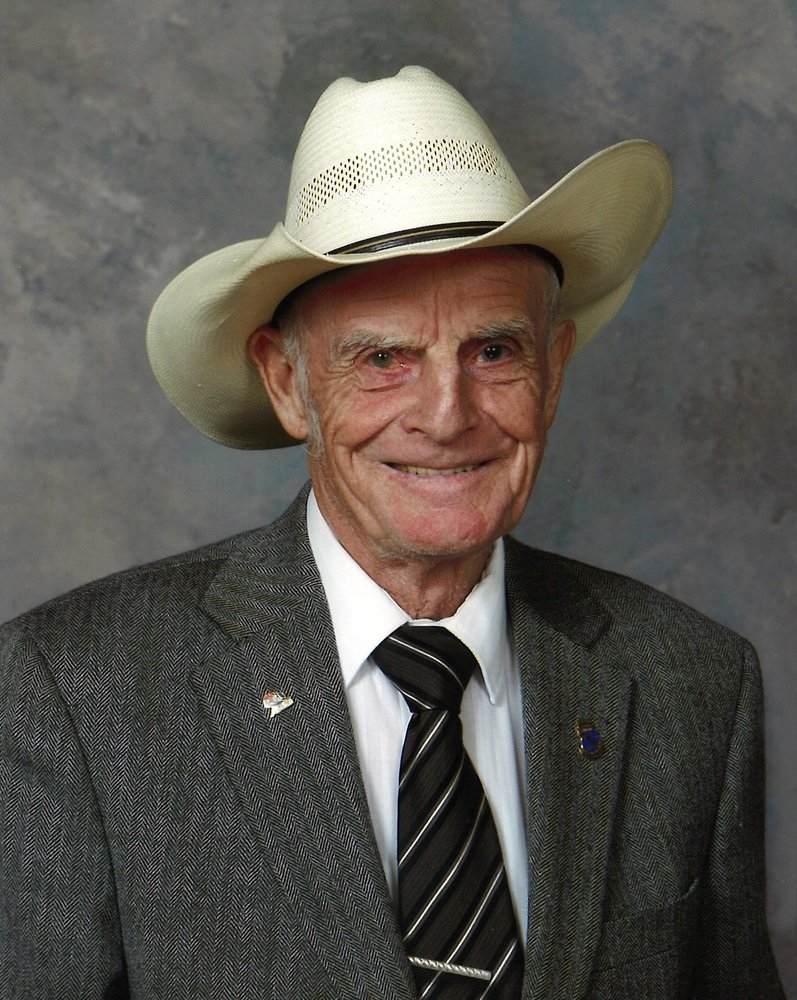 1:00 pm - 2:00 pm
Our Lady of Grace Catholic Church
5113 - 49 Street
Castor, Alberta, Canada
A private Mass of Christian Burial will be held on Thursday, March 18, 2021 at 1:00 PM in Our Lady of Grace Catholic Parish and interment following in the Coronation Cemetery. The funeral service will also be live webcast and accessed by visiting www.parkviewfuneralchapels.com and clicking on Herman’s obituary.

Herman Dietrich Schwenk was born in Innisfail, Alberta on March 7, 1931.  He was the first child of Eugene and Doris Schwenk followed by three sisters Evelyn, Sonja and Alberta.  Herman grew up just outside of Sundre, Alberta before the family moved to the Talbot area in 1947.

Herman graduated from the Olds School of Agriculture in 1951 with a diploma in Practical Agriculture.  At the age of 21 Herman moved back to Talbot where he began farming on a half section of rented land.

Herman met the love of his life, Marcella Seredynski, in 1957 and married at St. Mary’s Cathedral in Calgary on August 9, 1958.  Together they raised 7 children, Anne, Stephen, Helen, Peter, Philip, Edward and Michael.

His farm is now being operated by the third generation.  Herman began growing grain and had a small cattle herd.  The farm now includes feedlot production.  Herman enjoyed operating equipment and was still running a swather and combine in his 80’s.

Herman began writing an opinion column in the local East Central Alberta Review newspaper in 2003. He was involved with more than 20 various boards, task forces and advisory committees for over 70 years where he often served as president, vice president or director.  He was president of Alberta Federation of Rural Electrification Associations, Coronation Federated Co-op and the Paintearth Gas Co-op.  He was also a delegate to the Alberta Wheat Pool, Alberta Cattle Commission, the Alberta Energy and Utility board, the Clean Air Strategic Alliance and served on the Catholic Church parish councils to name just a few.

A private Mass of Christian Burial will be held on

in Our Lady of Grace Catholic Parish and interment following

in the Coronation Cemetery.

Mass will also be live webcast and accessed by visiting www.parkviewfuneralchapels.com

and clicking on Herman’s obituary.

Donations in memory of Herman are gratefully accepted to

the Paintearth Lodge, Box 209, Castor, AB T0C0X0 or to a charity of the donor’s choice.

Share Your Memory of
Herman
Upload Your Memory View All Memories
Be the first to upload a memory!