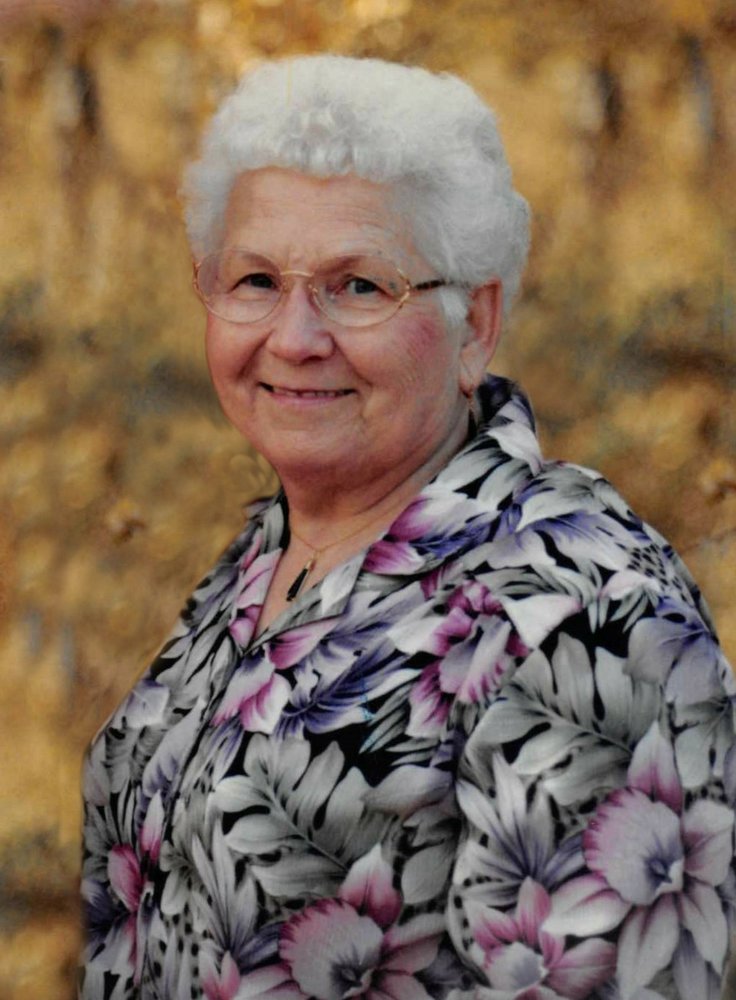 Our mom, Regina Marshall, was born on the homestead by Dowling Lake, Alberta on July 20, 1932 to parents Christian and Christina Hintz.  Later the family moved to the Endiang area where she lived until she was married.  She met our father, Keith Marshall at a box social when he bought her lunch box.  They were married July 26, 1953 in Castor.  To their marriage three children were born.  Kathryn was stillborn in Castor in 1955.  Martin was born in Castor in 1956.  Elaine was born in Camrose in 1960.

Mom and dad started their life together farming by Castor.  They then moved to the Stettler area and then on to Donalda.  The next move took them to Red Willow where dad went to work on the road crew for six days a week while mom was home with us kids.

While the family was living in Red Willow, mom would do perms and haircuts for the ladies.  She did alterations and made clothes to bring in extra income for the family.  In 1964 the family moved to Rimbey and purchased their first home.  While in Rimbey, she worked for a local caterer and ended up with Dad and Elaine helping out as well.  From Rimbey mom and dad moved to Lacombe in 1983.  This was an interesting time for her, she took up bowling and found she really liked it.  Her team actually made it to provincials one year.  In 2009 mom and dad moved to Stettler to be closer to her brother Christian.  They joined the Stettler Lutheran Church and met many friends who helped the transition go smoothly.  They quickly became part of a coffee crew that met regularly which helped them settle in the Stettler area even more.  In 2013 mom and dad moved to Heart Haven and met up with more long-lost friends.  In 2019 mom moved to Points West.

Mom and dad were very active in the Lutheran Church no matter where they were living.  She was a long-time member of the LWML, taught Sunday School, made quilts and volunteered where ever there was a need.  She enjoyed sewing, crocheting and was known for knitting slippers.  She made quilts and afghans for family members as well as gifts for special occasions.  She loved her flowers and garden where she spent lots of daylight hours working.

In lieu of flowers, donations may be made to St. Peter Evangelical Lutheran Church in Stettler or to the charity of your choice.

Share Your Memory of
Regina
Upload Your Memory View All Memories
Be the first to upload a memory!