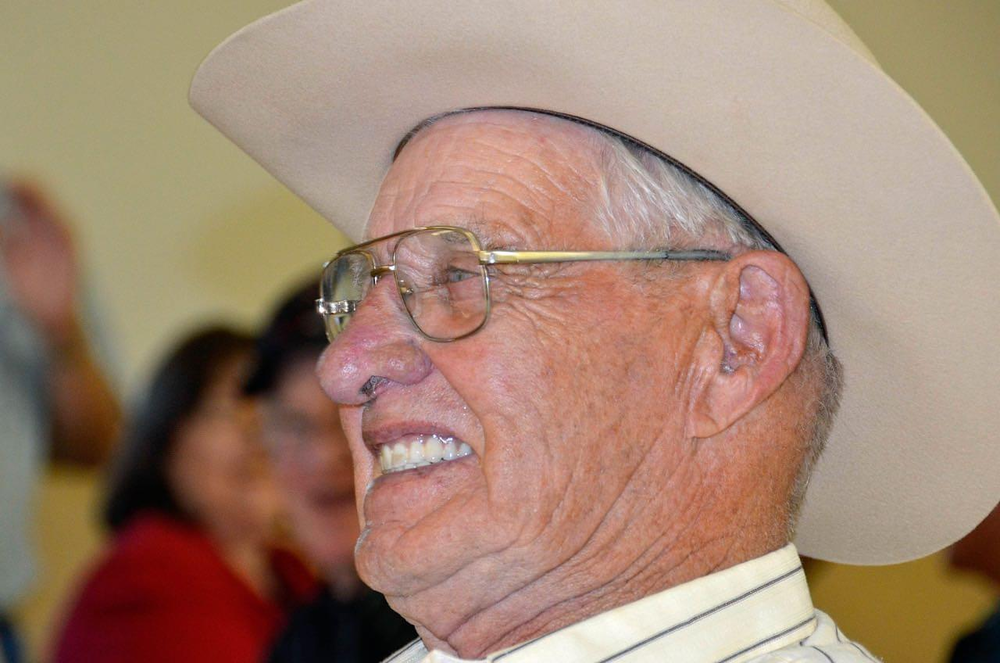 James Albert Turner was born in Taber, AB in 1926, but lived most of his life in Big Valley.

He met Leona and immediately said she was the one for him, she wasn't too sure but he won her over on the dance floor and they married in 1949, a union that lasted over 59 years until Leona's passing in 2008.  During their early years they travelled throughout western Canada for rodeos and for work, then in 1958 after their children started arriving they moved back to Jim’s home town of Big Valley.

Throughout his life he had many occupations: lumberjack, cowboy, cat skinner, ranch hand, and ultimately a County of Stettler grader operator for the BV area, maintaining the country roads. During these years he forged many friendships with the people on his route often stopping for coffee and a visit.

He loved talking to people; he was famous for his telling (and retelling) jokes and could make anyone laugh or blush.

Over the years he owned many horses, sometimes as many as 9 and also trained horses for others.  He received much enjoyment competing for many years in Team Roping events with his roping partner and friend Kent Butterfield.

After retirement he pursued his passions full time.  Summertime was spent at Sylvan Lake fishing every day.  He would start early at the GTI coffee shop in Sylvan swapping fibs with the good friends he made there.  During the winter he would build furniture in his shop. He is known  for his sturdy furniture and there was only one wood that he would work with – Oak!  November however was reserved for hunting season and he earned the nickname “One Shot Turner” as he didn’t like to waste any bullets.

Even the strongest oak tree eventually must fall, Jim is gone now but will live on in our memories forever.