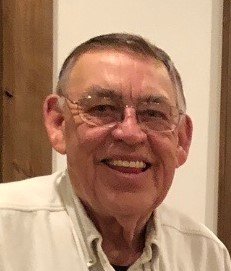 With deep regret, we announce the unexpected passing of Ronald James Rairdan in Stettler, Alberta on October 6, 2020.

Ron was well-loved for his kind and gentle nature as well as his constant willingness to lend a hand whenever he was able.  Ron’s passion was farming, and he was able to embrace that passion right up until the day of his passing.  Ron resided on the same piece of land where he was born, the property that was homesteaded by his father in 1906.  He dedicated his life to continuing his father’s entrepreneurial legacy, building a successful farming operation through nearly six decades of hard but rewarding work.  In his later years, he turned his focus towards passing his knowledge and experience on to the next generation of farmers in the local area.

Ron was the seventh child of Albert and Isabelle Rairdan.  He is predeceased by his parents and his wife Sandra, as well as his five brothers: Ken (Henrietta), Murray (Eileen), Ross (Norma), Larry and Jerry; as well as his two sisters Helen (Glen) Munro and Eileen Krejci.

Family Funeral services will be held with webcast – live streaming on October 24, 2020 at 1:00 PM at website www.stettlerfuneralhome.com and where condolences can be sent to the family on the tribute wall.

Memorial donations may be made to Stettler Health Services Foundation or a charity of your own choice.

Share Your Memory of
Ronald
Upload Your Memory View All Memories
Be the first to upload a memory!