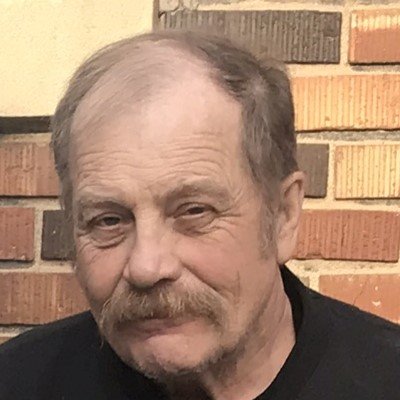 Brian was born in Westlock, Alberta on July 6, 1951.  He was the third of four children born to Peter and Beatrice Braglin.  He started school in Westlock and when his family moved to Edmonton, he went to Ross Shepherd High School dropping out in Grade 11.  In 1969 Brian went to CFB in Cornwallis, NS for one year before returning to Edmonton to begin the next chapter of his life, joining the work force.  He worked at a few jobs including chrome plating and getting his floor laying ticket in 1977.  Also, that year he decided truck driving was his true calling and he started driving in the oil patch, mostly in Northern Alberta.

Motor bikes, particularly Harley Davidsons, were a big part of his life.  Although he had had a couple of bikes before, in 1981 he bought his dream bike, a brand new 1981 Heritage Harley, Special Edition.  Only 1000 bikes were made!

Around 1982 he made another special purchase and bought his own truck, a 1972 Hayes.  He hauled a variety of things including gravel and roofing material for the building of the Stettler Hospital.

In 1984, Brian married Karen (Keith) Kopeck and moved to Stettler, she passed away just over a month later.  In 1986 Brian met Brenda Milner through a mutual friend, they were married in 1987.  Brian sold his Hayes and started driving for local companies, hauling crude oil.  Their daughter Sara was born in 1991.

In 1998 Brian took to the open road as a long haul truck driver.  First for a local company hauling across Canada.  Then in 1999, he started with Tri-Line hauling across Canada and the United States.  In 2004 Brian joined Bison Transport and continued to long haul.  He hauled everything from loose bird seed, tires, toilet paper and even a couple of bobsleds to the Olympics in Salt Lake City.  Many times, Brenda, Sara or both were able to tag along.  They were even able to visit Disneyland on one of those trips.

Brian had to stop driving in 2010 due to his health issues.  He was hospitalized in December 2019 and passed away in Heritage House April 30, 2020.

Brian was predeceased by his parents Peter and Beatrice Braglin and his first wife Karen (Keith) Kopeck.  He leaves to mourn his loving family: wife Brenda; daughter Sara; grandson Gage; parents in law Fred and Evelyn Milner; sisters in law Cindy Milner and her family and Sheila (Larry) Clarke and their family; one brother Peter (Sharon) and two sisters Shirley and Liz (Kent) Skinner; as well as other family and friends.

Memorial donations may be made to Alberta Diabetes or a charity of your own choice.

A Private Graveside will be held with a Celebration of Life to be announced.

To send flowers to the family or plant a tree in memory of Brian Braglin, please visit Tribute Store

Private Family service with a Celebration to be announced later

Share Your Memory of
Brian
Upload Your Memory View All Memories
Be the first to upload a memory!
Share A Memory
Send Flowers